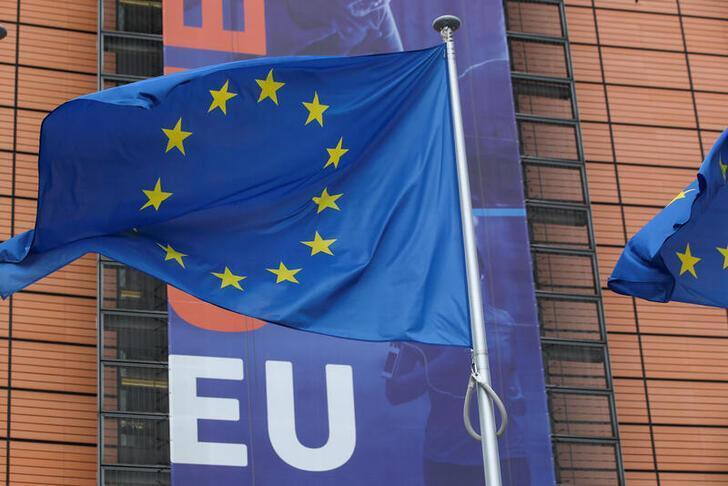 LONDON — US corporate giants often criticize the European Commission’s aggressive competition policy, saying it protects inefficient European firms. Meanwhile, they applaud America’s laissez-faire antitrust policies, which view market dominance as a reward for success and have contributed to the development of today’s American mega-corporations, particularly in the tech sector.

With US President Joe Biden’s administration seeking to spur competition to curb what it sees as excessive corporate consolidation, that may be about to change. But the risk is that, rather than tweaking an antitrust regime that has served America mostly well, Biden will go too far in his reform. Large US companies might therefore find that in the long term, EU competition policy ends up being more predictable and reasonable than that of the United States.

Examine how European and American authorities currently regulate the anti-competitive behavior of dominant companies. The already tough European Commission is getting tougher still – but there are checks and balances to stop it going too far.

For example, the Commission is increasingly concerned that big tech companies are leveraging their most-used services to support less-used ones – as, for example, Microsoft does when it uses Windows to promote its search engine, Bing. But, while these practices can give large companies enormous advantages over their smaller competitors, they are not necessarily anti-competitive. Although Bing has a small market share, it is the only significant challenger to Google’s virtual monopoly in online search. Microsoft’s practices stimulate competition in this area and should therefore be welcomed and not prohibited.

The EU is about to enact a new law, the Digital Markets Act, which will ban such behavior by digital platforms – even if it boosts competition. But the Court of Justice of the EU (CJEU), in its Google Shopping judgment last November, showed that it would at least ensure that EU competition policy does not prohibit this practice in the whole economy.

In its ruling, the ECJ agreed with the Commission that Google acted anticompetitively by using its search engine to promote its own shopping service. But the judges implicitly cautioned the Commission that the ruling did not prohibit all such practices, as it relied heavily on case-specific factors, such as Google’s sustainable market share above 90%. And the ECJ recently overturned a 1.1 billion euro ($1.2 billion) fine imposed on Intel, blaming the Commission for failing to provide adequate evidence that Intel had lessened competition.

Compared to the EU, US antitrust policy over the past decades has been weak. For example, dominant firms can set prices as high as they want, assuming that if they raise prices too much, competitors will appear to lower them. This approach has served America well in the past, but is now hard to justify – especially in digital markets, where companies like Google, despite charging retailers high prices to advertise online , still have no viable rivals.

But the Biden administration’s bold competition agenda could overcompensate for past laxity — and that agenda will be guided by legislation, which will set aside the past conservatism of US courts in competition cases. The fundamental principles of EU competition law, on the other hand, are laid down in international treaties and interpreted by the ECJ in judgments that cannot be so easily circumvented.

The EU – at least outside the tech sector – therefore sticks to well-understood and enduring competition law principles. In contrast, U.S. antitrust enforcement agencies have simply reinterpreted the vague standards in new ways, such as planning to prosecute companies that do not violate treaty antitrust law but use “methods of unfair competition”.

Some US politicians, like US Senator Elizabeth Warren of Massachusetts, are also pushing for radical solutions like breaking up big tech companies, something the EU is not pursuing. And a bill introduced by US Senator Amy Klobuchar of Minnesota would prohibit dominant companies from using their position to the detriment of their competitors. Klobuchar’s ill-conceived proposal ignores the central goal of competition policy, which is to help consumers, not competitors. For example, when a company lowers its prices below those charged by other companies, these other companies are “disadvantaged” – but consumers benefit.

The Commission, although it has recently taken steps to review more deals, has a good track record of pursuing start-up acquisitions. This is likely to continue, as EU lawmakers cannot easily change merger review laws to make it easier to block dodgy deals.

By contrast, U.S. authorities recently unexpectedly withdrew industry guidelines that were meant to help companies understand whether their transactions were likely to be blocked. They also changed merger review policies to make it harder for some companies to clear their deals. They even threatened to review the agreements retrospectively. The Federal Trade Commission is seeking to unwind Facebook’s acquisitions of Instagram and WhatsApp in 2012 and 2014, respectively – deals it reviewed and approved at the time. And Klobuchar’s bill could force US authorities to block certain transactions, even though they would likely benefit consumers.

Today, the global consensus seems to be moving towards a stricter competition policy. But while the courts and legislative processes in the EU will temper the hard instincts of the European Commission, the United States, with its newfound antitrust zeal, risks banning corporate conduct and agreements that help consumers. So in the future, big companies wanting a moderate and stable competition policy may have to look to Brussels rather than Washington.

Zach Meyers is a researcher at the Center for European Reform.

How do I file an extension on my taxes